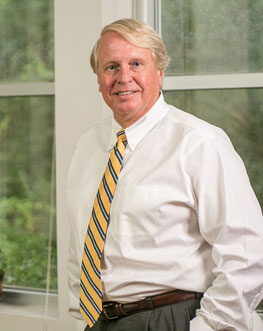 C. Hamilton “Hank” Jarrett is a native of Charlotte, North Carolina, and has lived in Raleigh since 1991. He has been in private law practice continuously since graduation from law school in 1983. Before attending law school, he obtained a Bachelor of Science degree in Civil Engineering, and was employed in the practice of Civil Engineering with extensive involvement in public works projects, including solid waste and wastewater management, utility line and highway construction, and planning and zoning administration. His law practice concentrates on government and construction contract and surety law, as well as bankruptcy law relating to the construction industry. Hank is a certified Superior Court Mediator in North Carolina.